Long ago, on a blog post far, far away there was a sneaky peek at my etching plate for my current print workshop. It was brown, it was murky and it was waxy. But today I bring you news of an entirely different nature. Yes friends, today my etching plate is a shining, silver creature, a proud showcase of acid bitten channels and far, far too much time spent wiping, cleaning and  polishing.

Basically, it levelled up.

With the power of science, it was baptised in acid, which bit through those little scratchy lines of mine creating ditches in the metal in which the ink catches in the printing process. Which is pretty rad, let’s be honest. I mean that’s pretty hardcore, cartoon style acid right there, to munch it’s way through a sheet of metal. I mean, that’s like Who Framed Roger Rabbit stuff. But real. (Please bear in mind I haven’t had any contact with science lessons now in 6 years. Acid is a great novelty to me. As are bunsen burners.) 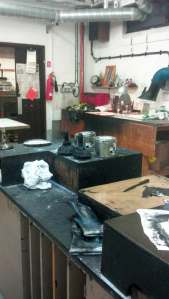 Once the dangerous bit has been done, the next step is cleaning off all the wax so that the plate is left all polished and shiny with some new dents in it. Once all that prep’s been done, it’s time for the science lab to step aside so that we can get our art on. And this is, of course, the messy bit.

Unlike my nice, clean buddy screen print, etching is one of those demanding little buggers who requires the use of oil based ink. This is, in my experience, a bit of a dick because it has the ability to get LITERALLY EVERYWHERE, and tends to make a habit of doing so (there’s a chance this is actually just down to my own incompetence of course.)

So we start by spreading the ink over the plate with a little cardboard scraper, followed by blotting it into the grooves so that it catches. Then you wipe it all off again. It does feel like a thankless task, given that  you’ve literally just put it on there, but it does get pleasing as you reveal the inked up lines underneath; a little hint at how your resulting print may look.

And when you’re all ready to go, you get to play with this guy. He’s a laugh. 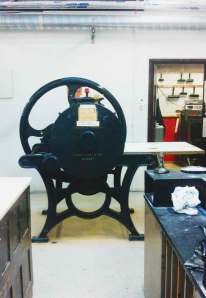 The plate get’s laid on the board, with your dampened paper laid over the top, then held in place by the mad heavy, and even madder expensive, blankets. Then you turn that giant, beautiful, victorian wheel and revel in the sheer mechanical mastery of it all (…actually that might just be for people like me, who harbour an adoration for early 1900’s mechanical devices.)

This rolls the board through the rollers that flattens your print plate to the paper and comes out the other side a brand, spankin’ new print. Brought into this world by your own bare hands. (With the help of a bit of acid and fuck off massive bit of steampunk technology.)

And thus we have print!

I’ve done a fair few of them now, practicing with how much ink to wipe away, the effect when the ink is left on the plate less ink, more ink etc so hopefully by the time I’m finished I’ll be a little etching master.

It’s a thoroughly enjoyable process resulting in beautiful, and oddly atmospheric, images. Alright so maybe it isn’t entirely practical for multiple book illustrations or anything like that, but for one of prints, or a series of prints, it’s more than adequate. And I’m so pleased that finally in my artistic education I’ve been introduced to it.

As I said in my last post, it’s oddly satisfying knowing that the process itself has changed so little from it’s conception. After all this time, it still has a place in the world. Even if that place is just the hearts and studios of artists and art students.

Well, for now, while I’m lucky enough to have access to facilities and machines like this, that’s good enough for me. And I fully intend to embrace it. 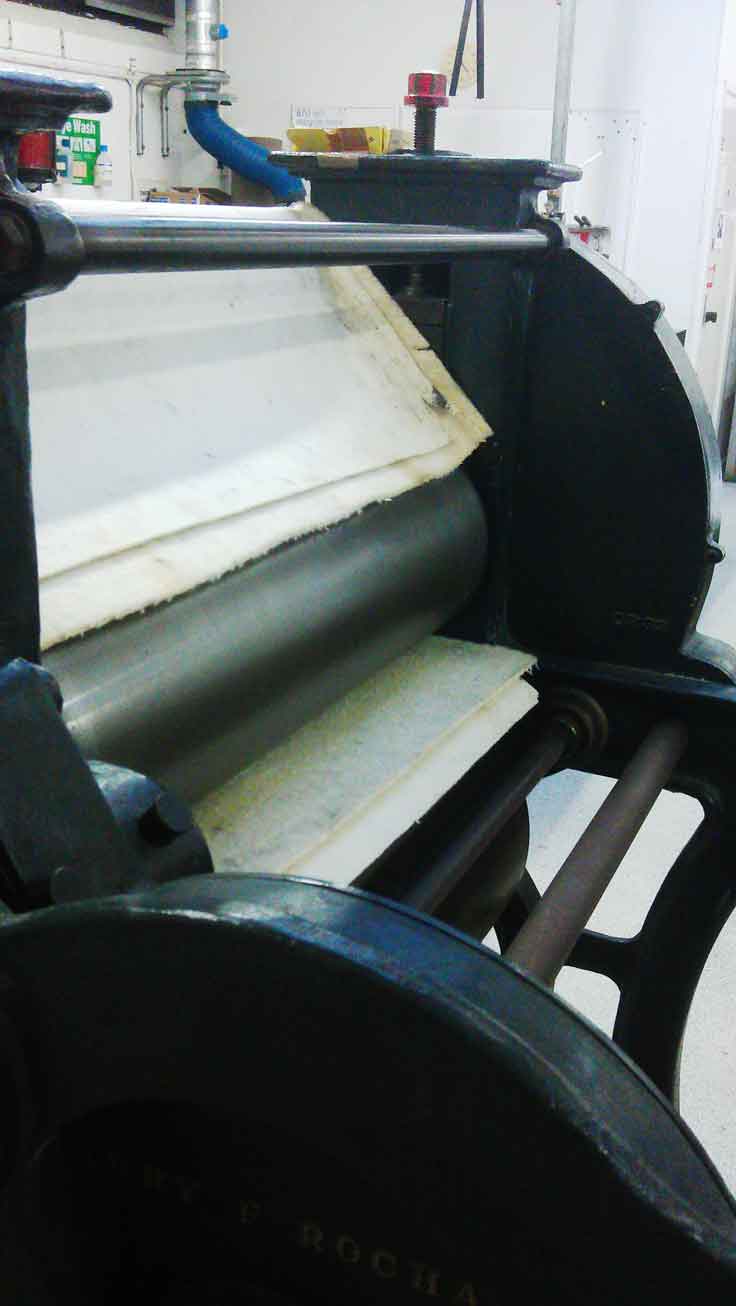