Right so, along with being completely and utterly inspired, by the publishing talents, I also did some things this past few months that, dare I say it, actually generated a bit of revenue.

Turns out drawing for money is actually a thing. Weird.

While the publishing and book work is ever ongoing and I’m DYING to share, unfortunately I’ve been sworn to secrecy that end. Luckily, lots of little, much faster jobs have been floating around which I CAN let you in on. KEEP YOUR EYES PEELED FOR FURTHER ANNOUNCEMENTS!

For now though, I popped back into the field of editorial illustration for a bit recently, providing more work for Union Features Magazine. Yet another fab issue is now out in the world and I suggest you have a look.

This time, I was lucky enough to attend the launch party and actually meet the geniuses behind the mag, of which all thee issues to date have been sublime. I’m chuffed to be their one and only illustrator and am happy to report they are as great in person as their work (I mean that too, it’s definitely not just the crates of Sailor Jerry present at the launch talking.) 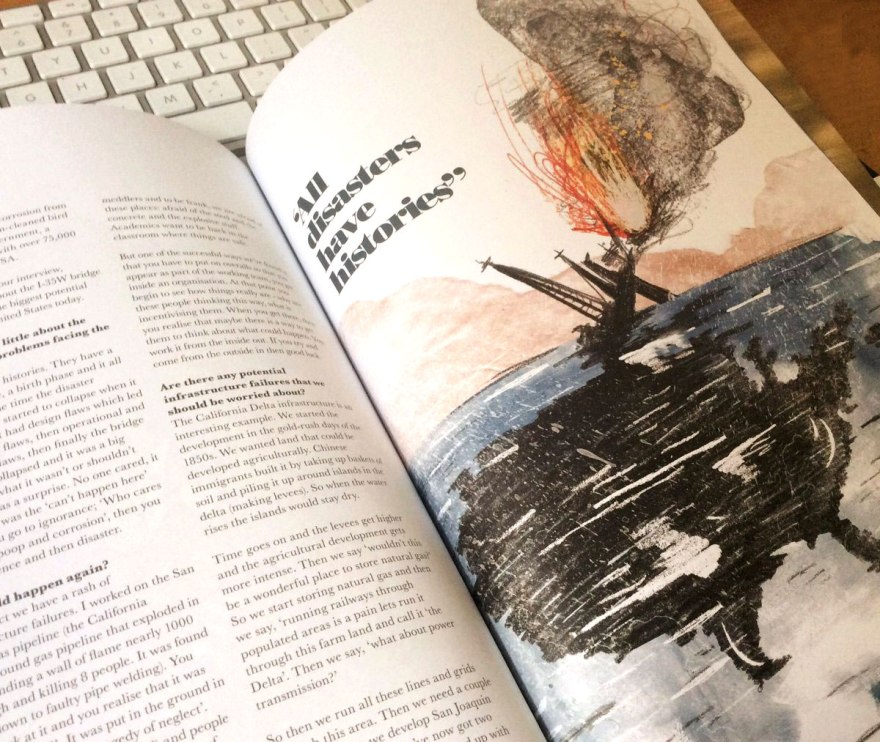 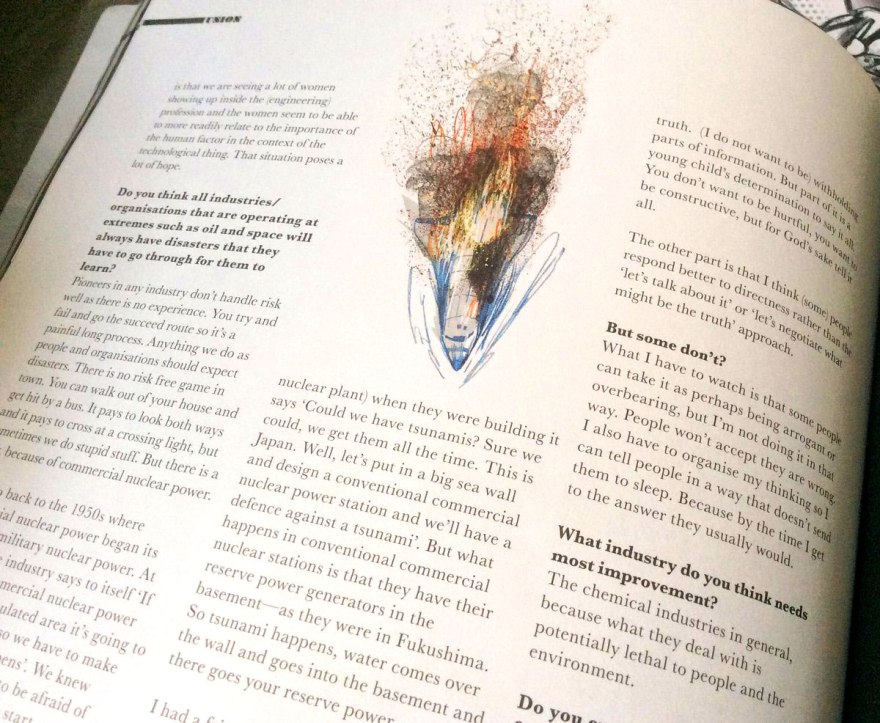 It’s nice working on Union, because it offers such a different kind of subject matter from my usual. Ordinarily sitting pretty in the picture book bracket, I love to see my simple, child friendly style tackling the harder matter of a men’s lifestyle magazine! It’s challenging trying to marry the two, but it’s also a lot of fun and I like to think it still works. 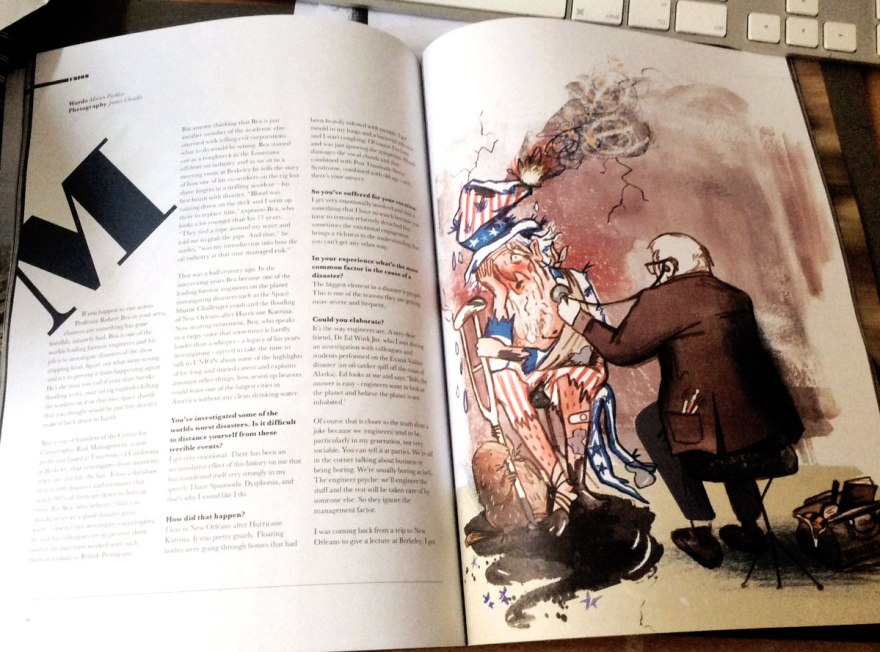 Then, for something quite different, October to November also saw a little flirt with the world of Advertising. I was contacted by the Icehouse, a talented bunch of designer folk who had a campaign to work on for a new pre-prep department that was opening in Monkton School. They needed some illustrations to work with their campaign, which I was more than happy to supply. Quite apart from anything else, their office had a nice garden and they made me really good coffee.

I’ve worked on three images, which are now beginning to surface as the campaign goes live.I’ve found two of them sitting in the pages of magazines (a double page spread in one which was most pleasing!) and I was also shown the flyer design, which I think really makes the most of the drawings.

I can’t wait to see them all three in situ. Walking around the city has become pretty exciting, just in case I see another ad! Having been so heavily occupied with publishing, I hadn’t considered pursuing advertising illustration but I’ve been pleasantly surprised by the whole experience. Working with the design team was a joy, and finding the finished campaign, all dolled up by the designers and nestled in glossies has been a real kick. 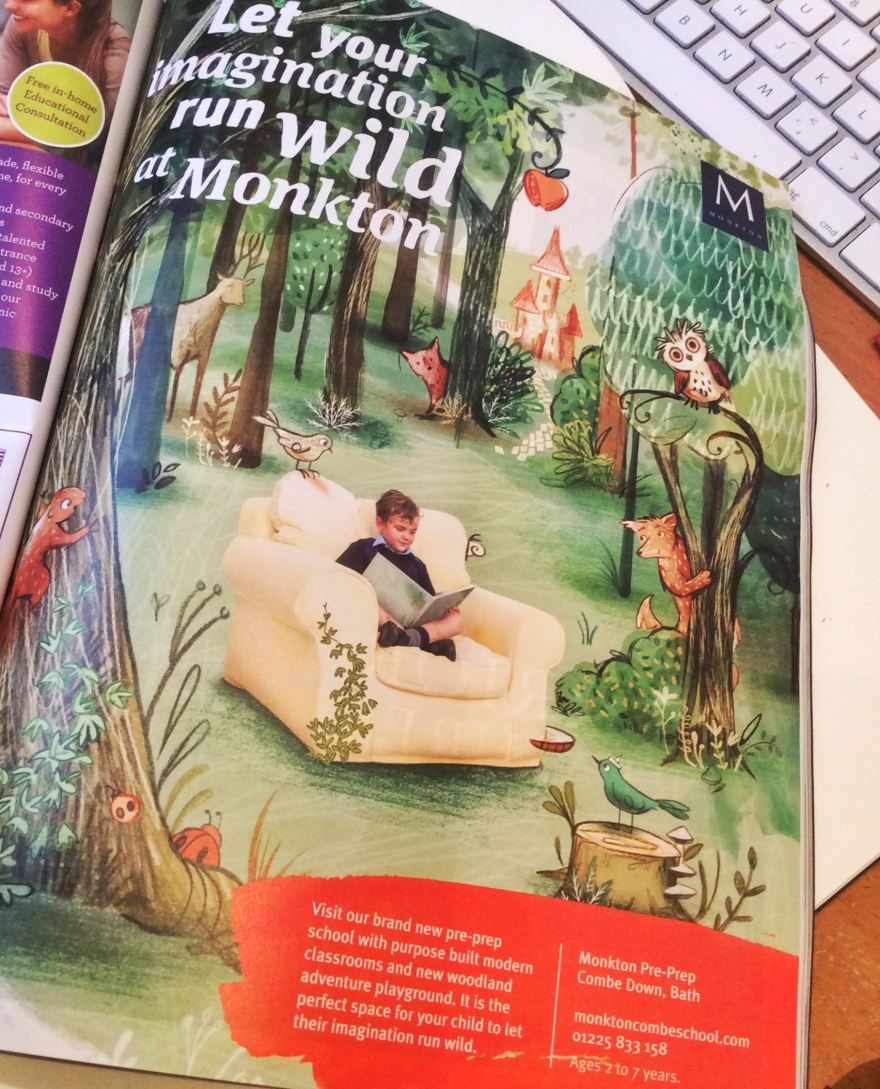 Also, and this is mega sad, I LOVE seeing my work printed on different papers. Every magazine has a different stock and it all alters the look of the work.

I should stop now before I admit anything else really lame.

I have no shame.