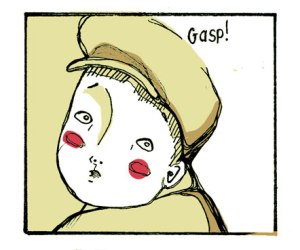 Anterograde amnesia is a form of amnestic disorder.

According to the mental health professional’s handbook, the Diagnostic and Statistical Manual of Mental Disorders , fourth edition, text revision (2000), also known as DSM-IV-TR, it is characterised by the sufferer’s inability to retain new memories or learn new information based on experience. This would make it very difficult to use any information gained through personal experience to alter the sufferer’s actions in their future endeavours. They are, essentially, unable to learn from their past mistakes.

I’m informing you of this, very interesting and clever sounding information (that I have, just now, stolen from the internet), because I think I must have this condition. Why else would I be so, totally one hundred percent incapable? Other than the fact I am just, literally a twat.

Unlike most people of sound minds, I seem to be completely and utterly incapable of learning from my mistakes, specifically with regards to the time management of personal projects, (illustrated best by this time, this time or, indeed, this time) and taking the necessary steps in ensuring that I DON’T DO THAT AGAIN.

Case and point: I have just this week recovered after five consecutive days of sleep deprivation and manic photoshopping induced finger strain, in an attempt to knock together the four page comic I have been thinking about making for about two months. The operative word here being thinking. I have known about a competition for a four page comic for the full length of this time and for the entirety of it, have had the well-meaning intention to enter. I started of pretty well, I wrote it. Then I did the first storyboard for the first page…about a month later. Then I put it off like an absolute champ until the week before deadline.

Oh yeah, and it was postal entry so completion time was pretty crucial in order to get it there in time. Brilliant.

And thus began the next installment in the, worryingly frequent, let’s-not-sleep-for-a-few-bajillion-hours-so-we-can-finish-this-work-that-really-should-have-been-done-at-least-three-days-ago saga.

And this is what I bring you today. The fruits of my most recent labour, made much harder by my own idiocies and disregard for my poor, suffering body’s basic need for sleep. 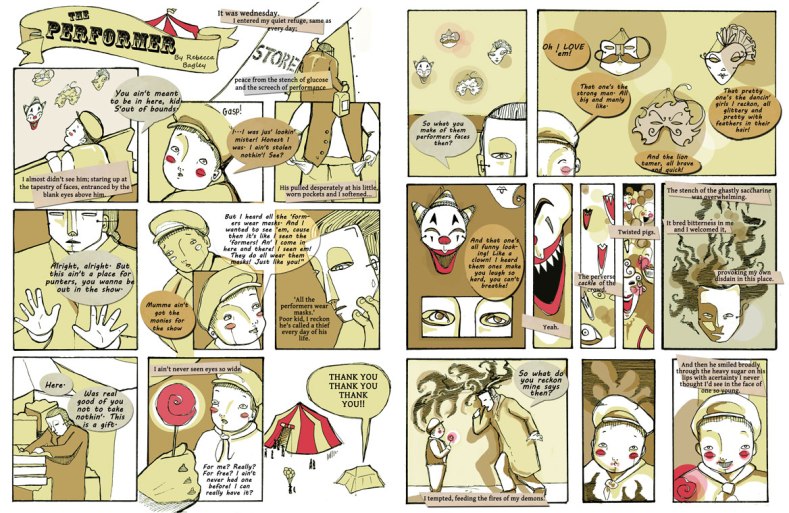 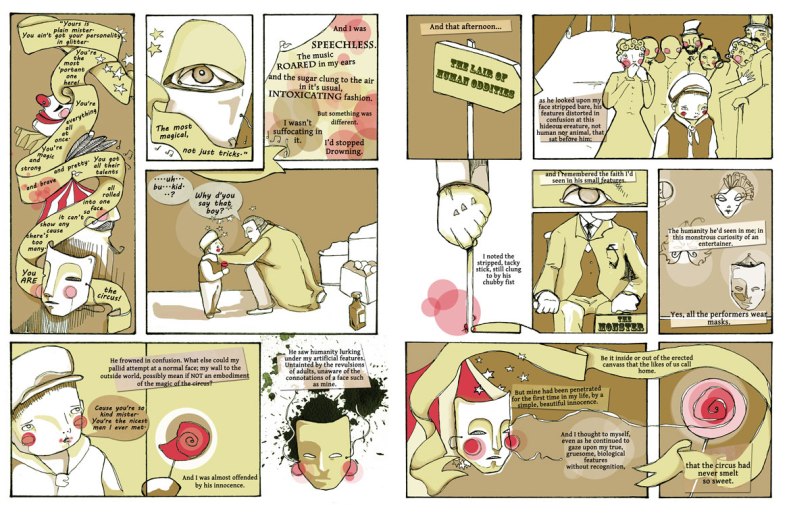 I don’t know if it’s a form of unassuming arrogance or simply a branch of unquestionable stupidity, but it’s getting seriously ridiculous the extent of which I will leave the things I want to do in favour of  doing, just about, anything else.

I managed it yes. I finished four pages of narrative and I submitted it, within the time restraints of the competition. And it’s not the worst comic ever made. But it could, and more to the point SHOULD have been better. Much better. I should have had the time to redo the first storyboard as a storyboard and not had to rework it on the final page. I should have had the time to find a font that suited the tale better than the, pretty sorry, collection I work from currently, downloaded it and implemented it. I should have had the time to rework the text so that the first page wasn’t so unbalanced in terms of the relationship between text and image (you know, kinda the most important aspect of a graphic novel.) Shoulda. Woulda. Coulda. Because I DID actually have that time. And I frittered it away baking cakes and complaining about my summer project.

And now it is done. And that means it cannot be undone, at least until Marty Mcfly realises that he definitely is wasting his time with Jennifer and is willing to spring forward to 2012 and marry me, whisking me away in our badass time machine (this will happen after he realises he’s fed up of being a fictional character and ready to take the steps into the realms of reality), at which point I can find past me and give me a good slap, shouting “DO SOME WORK NOW” in my own face.

Until that moment, I’m going to have to settle with LEARNING from what has gone before and NOT leaving everything that is not of immediate importance until it is, at which point it’s too late for it to reach it’s full potential.

Well I can dream. There’s a definite possibility here, that I am actually just doomed.