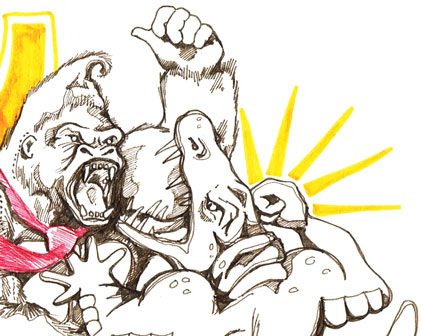 Okay so those of you that remember this one, will remember my sister went and got old in August. What you may not know, is that I also have a big brother who decided to be awkward and go and level up too, just afterwards in September. You think they’d have spread it out a bit more right? Some of us have the decency to have birthdays in January. Sheesh.

Anyway, he’s something of a creative bugger too and is currently heading into the world of indie video games following a masters in Games Design and Development. So I decided to be a good sister and put him together a package of goodies, one of which was, of course a little drawing I thought I’d share with the world. ‘Cause that’s what I do.

We grew up with Nintendo characters. And when I say that, I don’t mean it lightly. I mean we GREW UP WITH NINTENDO CHARACTERS. Seriously. How none of us have ended up following a career in becoming a plumber and/or italian is beyond me. I had my own ocarina.

Anyway I thought I’d do him a wee drawing to inspire him in the last leg of his education and the first step into his career. Take him (and myself) back to the old days of sitting on cushions on the floor to get so close to the screen you could see the colours separate into RGB and the only sound under our held breaths was the relentless tapping of desperate thumbs. The days when money meant nothing more than the chime of disappointment, because really you were desperately hoping for a mushroom. The days when clouds were solid, vines were opportunities and barrels were terrifying. The days when bananas meant so much more than a good source of potassium and even the chesnuts were against you…Actually now that I think about it, that’s all pretty batshit mental.

Anyway I drew him this: 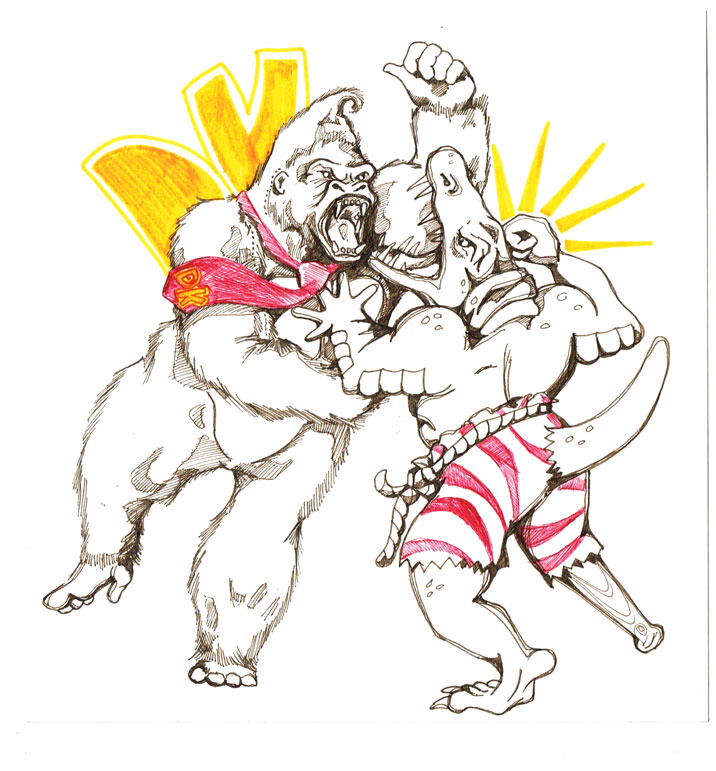 And if you don’t know what it is, that’s probably a good thing, for all the reasons discussed.

One thought on “Well…it’s only fair…”